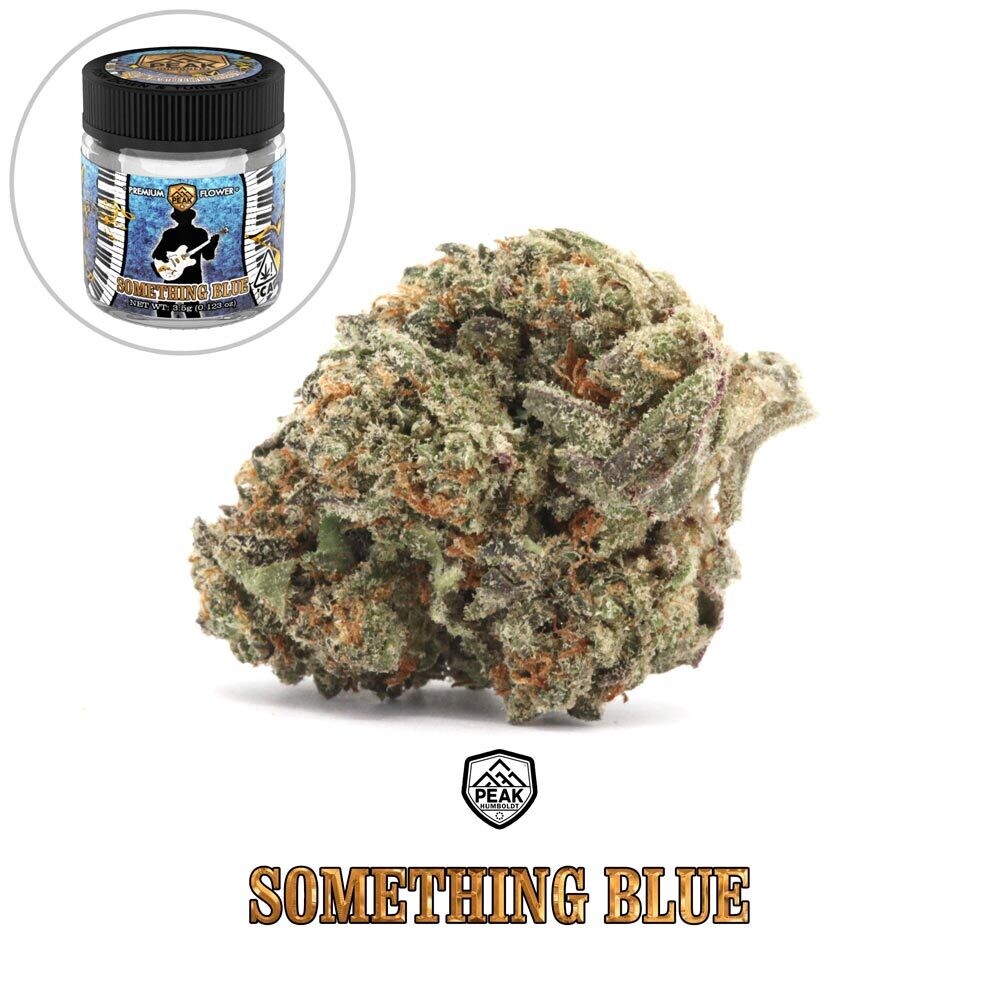 We've all heard, "Something Old, something new, something borrowed, and something blue…" which comes from an Old English Rhyme, out of Lancaster England during the Victorian Era. It refers to the good-luck objects a bride should have on their wedding day to ensure fertility, so the legend goes. I'm not sure that the Something Blue cannabis strain will help with fertility, but reviewers say this balanced hybrid might help you unwind. Something Blue was originally bred by Hendrix Farms in conjunction with Humboldt Seed Company, crossing Blueberry Muffin with Wedding Cake.

The round, popcorn-shaped, Something Blue buds have curled, fern-green leaves, hidden under a mass of amber-trichomes, giving them a lime-green appearance. Orange pistils are sparse, and tend to blend in with all the yellow braids of trichomes, while shades of purple can be seen underneath.

The aroma Something Blue brings is sweet and rich with blueberries and basil. Combusting this strain yields a sour-berry flavor, with a spicy aftertaste.

This potent hybrid reportedly yields a trippy cerebral euphoria, with soothing and relaxing body effects. The dominant terpene, Beta Myrcene, is believed to add to the sedative effects consumers describe and may help with tension related grievances such as cramps and migraines. Most users preferred using this strain in the evening and felt like their senses were enhanced. They suggested this strain might best accompany things like a movie, a video game, eating, or even physical intimacy.