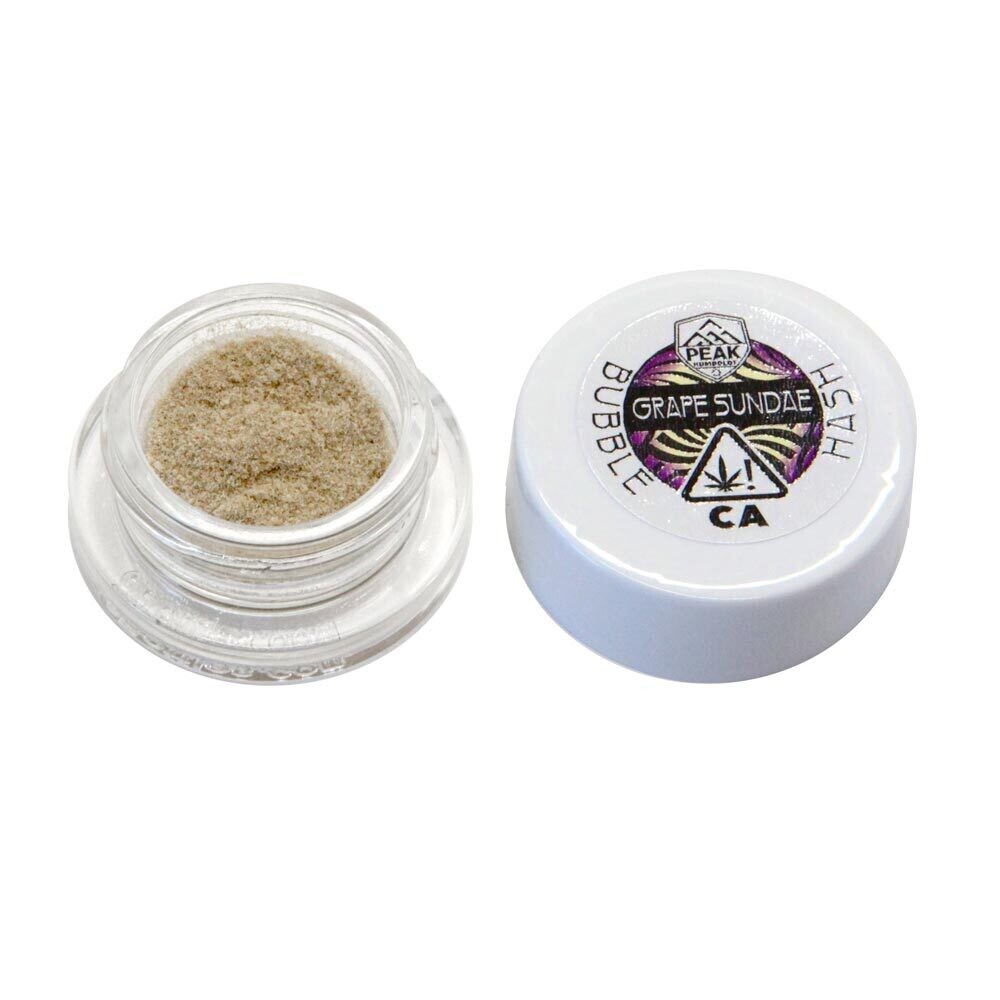 A light sweet aroma that helps with sleep.

We’re going to lay some science on you, son, but don’t run away. It won’t be as painful as all that. Let’s start with a bit of biology.

All cannabis plants (indica and sativa) produce trichomes on the surface of their buds. Trichomes are tiny outgrowths that, with the naked eye, look like fine hairs. But up close, trichomes have a stalk and a round head, much like a mushroom.

What is Bubble Hash

Within that mushroom head, the cannabis plant manufactures and stores cannabinoids, terpenes, and flavonoids — the spectacular stuff that gets you high and relieves your pain.

In a normal smoke or edible situation, you might get several hundred trichomes mixed in (or diluted) with the cannabis plant matter.

But there are several ways to separate all the trichomes from the marijuana buds to create a super-strong extract. This extract is commonly known as a concentrate.

You can experience the oldest method of making a concentrate for yourself by rubbing a bud between your hands until you’ve got enough goo to form into a ball. This gooey stuff is the trichomes we mentioned earlier.

This very basic concentrate is also called hash (short for hashish). And in true stoner fashion, the concentrate has many other names, like kief, weed wax, and marijuana wax.

Regardless of what they call it, it’s still just a whole bunch of trichomes smooshed together.

Over the years, inventive stoners have concocted novel ways to remove the trichomes from the cannabis plant to create stronger and more potent (i.e., high THC) concentrates.

Some of the more common methods include:

The last method brings us back to the topic of this article: bubble hash.

What Is Bubble Hash?